From 2002 to 2006, Tom helped establish an evangelical student movement in Mongolia and served as the country director for the International Fellowship of Evangelical Students in Mongolia. Tom and his family moved back to the US in 2006, settling in St. Louis to become Regional Director of InterVarsity’s Central Region. From 2011 to 2016, he served as Vice President of Missions and Director of the Urbana Student Missions Conference.

From 2005 to 2014, Tom served as a trustee and vice-chair of the board of Wycliffe Bible Translators, and has also served on the boards of Missio Nexus and Leadership & Legacy Foundation. He currently serves on the boards of Fuller Theological Seminary, the Crowell Trust, and the Lausanne movement. Tom is the author of Pursuing God’s Call (2012) and Losing Face, Finding Grace (1996), as well as co-editor of the Urbana Onward book series (2012), and a contributor to Still Evangelical (2018), all published by InterVarsity Press. Tom is also a contributor to Uncommon Ground (2020), published by Thomas Nelson. He has a BA in Economics from Harvard University and holds an MA in Global Leadership from Fuller Theological Seminary.

Tom, his wife Nancy, and their two daughters live in Madison, Wisconsin.

1. Connect with like-minded peers from around the US!

2. Be inspired by our keynote speaker, Tom Lin!

3. Learn from other outstanding experts

5. Be encouraged in small group discussions

6. Run in our sunrise beach 5K Askala Harris Calhoun, Consultant, has been a leader in fundraising for nearly a decade and has held leadership positions in major donor development, including for the University of Texas at Austin and the Laureus Sport for Good Foundation USA. She has a demonstrated history of excellence in fundraising, nonprofit organizational management, and nonprofit consulting including strategic planning, donor development and leadership and board development.
Having served in positions of executive leadership, on boards, and in volunteer roles with various organizations, Askala brings a unique perspective to the nonprofit sector and has used those experiences to help clients enhance their organizational infrastructure and financial sustainability. Residing in Fort Worth, TX, with her husband, Destry, she is a lifelong member of the Presbyterian Church, and is active in lay leadership at the local, regional and national levels. Ame Eldredge, Senior Consultant, first discovered a talent for training and development during her fifteen year career with Young Life, serving in several roles including Area Director, Regional Trainer and assisting in National Staff Training events. As a Regional Trainer, she helped field staff in Florida become proficient in fundraising, building support teams, financial management and donor relations. In addition to Young Life she has significant and varied experience in the nonprofit sector. Having served on staff with several organizations serving such populations as youth in crisis, the homeless and the uninsured, she brings an intimate knowledge of management and advancement matters in this arena. She currently serves on the board of Global Teams International.
Ame graduated from Flagler College in St. Augustine, Florida with a B.A. in Philosophy and Religion and has done graduate work through Fuller Seminary. Ame and her husband, Mark reside in Jacksonville, Florida. Zach Gurick, Senior Consultant, developed extensive fundraising and executive coaching expertise through 15 years in his former role as an Executive Director for a large non-profit ministry. He excels in recruiting and establishing strong teams, training and developing staff, engaging high-capacity donors, and leading towards a significant vision. He is passionate about strategic and professional development, and helping people and organizations flourish. Zach earned a B.S. from Coastal Carolina University while studying Biology and Chemistry before pursuing graduate studies at Fuller Theological Seminary. He currently lives in Naples, Florida with his wife, Blair, and their 3 young children. 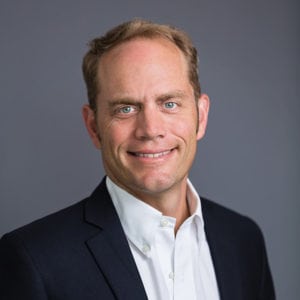 Brad Layland, CEO, first learned the principles and practices of Taking Donors Seriously® as a college student in 1993, while seeking to raise personal support as a part-time staff member for Young Life. Over the course of 20 years at Young Life, he developed his passion for and expertise in relational fundraising, to the point where he was asked to train other area directors around the country, and eventually became the Chief Development Officer for the entire organization.

Brad joined The FOCUS Group in 2012 as a Senior Consultant and became the owner and CEO in 2015. In 2013, he launched the Taking Donors Seriously® e-learning and coaching program to make the firm’s expertise accessible to individuals and smaller nonprofits.

Brad received his B.A. in Communications from the University of Florida and his M.A. in Theology from Fuller Theological Seminary. He and his wife, Wendy reside in St. Augustine, Florida and have four children. Brad enjoys running marathons, skiing, investing in real estate, entrepreneurship, and traveling with his family. Over the past 20 years, he has completed 45 marathons and recently completed an Ironman Triathlon.

Brad is the founder of Endless Summer Realty, the largest residential real estate brokerage in St. Augustine, closing over $170 million in transactions in 2020. He is a founding parent and board member of Veritas Classical School, which has grown to over 110 students in three years, and launched an annual “Giving Day” in St. Augustine, which has become a platform for local nonprofits to raise hundreds of thousands of dollars and establish relationships with new donors. His entrepreneurial success has allowed Brad to experience the joy of generosity, and gain a special understanding of the mindset of a major donor. Tom Macadam, Senior Consultant, Is an accomplished fundraising professional, with two decades of experience leading development efforts in non-profits focused on missions, higher education and publishing. His past roles include VP of Advancement for Slavic Gospel Association, VP of Stewardship for Moody Bible Institute, Regional Director of Development for Wheaton College, and Executive Director of Russian Leadership Ministries. Tom’s expertise includes providing fundraising counsel to nonprofit organizations, including promotional and marketing messaging, direct response fundraising strategy, major donor and planned gift development, and capital campaign counsel.
A graduate of Purdue University with a B.A. in Psychology, he earned his J.D. from the University of Illinois, College of Law. Tom is a licensed attorney, having practiced 14 years including roles as a senior executive and corporate general counsel for two technology and digital marketing services businesses. Tom lives with his wife Amy and five children in Colorado Springs, CO. Evangeline Pattison, Consultant, brings over 15 years of nonprofit experience and a wealth of fundraising and project management knowledge to her role as Consultant. Her development and operations experience ranges from higher education to world missions, and from local to national organizations. Evangeline has served in a wide range of capacities, from Project Manager to Director of Development and Operations, and her insight and skillsets helps teams remove roadblocks and keeps projects on track.

Evangeline earned a Bachelor of Arts degree in Organizational Communications from George Fox University and is a certified Project Management Professional (PMP). She lives in the Portland, Oregon area, and spends her time investing in friends and family, crewing for hot air balloons, and volunteering with the Don’t Give Up Movement. Tom Ridington, Senior Consultant, Excels at responding to challenges with solutions that align with the mission, are attuned to the market, and advance the organization. Recognized for his ability to see through uncertainty and garner support for strategic action, he has served four higher education and community-based Christian institutions as well as thirty consulting clients. In addition, Tom is also a coach and mentor who is genuinely concerned for people and their development.
Tom earned his BA from Eastern University, an MAR from Palmer Theological Seminary and a Ph.D. from University of Stellenbosch, South Africa. He and his wife, Meridith, reside in the Philadelphia area. Scott Rodin, Senior Consultant & Chief Strategy Officer, has helped hundreds of organizations over the past thirty-eight years improve their effectiveness in leadership, fund development, strategic planning and board development. His work has impacted individuals, ministries and churches in the U.S., Canada, Middle East, Great Britain, China, Philippines and Australia.
He currently serves as a Senior Fellow of the Association of Biblical Higher Education and as board chair for ChinaSource. In addition, Dr. Rodin is past president of Eastern Baptist Theological Seminary and the Christian Stewardship Association.
Dr. Rodin holds a Master of Theology and Doctor of Philosophy degrees in Systematic Theology from the University of Aberdeen, Scotland. He’s written fourteen books on stewardship and generosity, and speaks regularly at conferences, retreats and professional development events. He is married to Linda and they reside in Spokane, Washington. Stephanie Summers is a co-author with Washington Post columnist Michael J. Gerson and Katie Thompson of Unleashing Opportunity: Why Escaping Poverty Requires a Shared Vision of Justice (Falls City Press). A frequent speaker and moderator, she has written on the role of Christian think tanks and for publications including Comment and Q Ideas. Ms. Summers is a recipient of the inaugural Duke Divinity Reflective Leadership Award. Ms. Summers also serves as a Trustee of Eastern University, where she received her M.S. in Nonprofit Management. Prior to her appointment at the Center, she spent 12 years with the CCO, where her roles included Vice President for the Eastern Region and Vice President for Organizational Development. Stephanie began her career in nonprofit administration as executive director of The Open Door, a church-based youth center in Pittsburgh, PA. She and her husband, Jason E. Summers, are residents of the District of Columbia.

Send us a note!